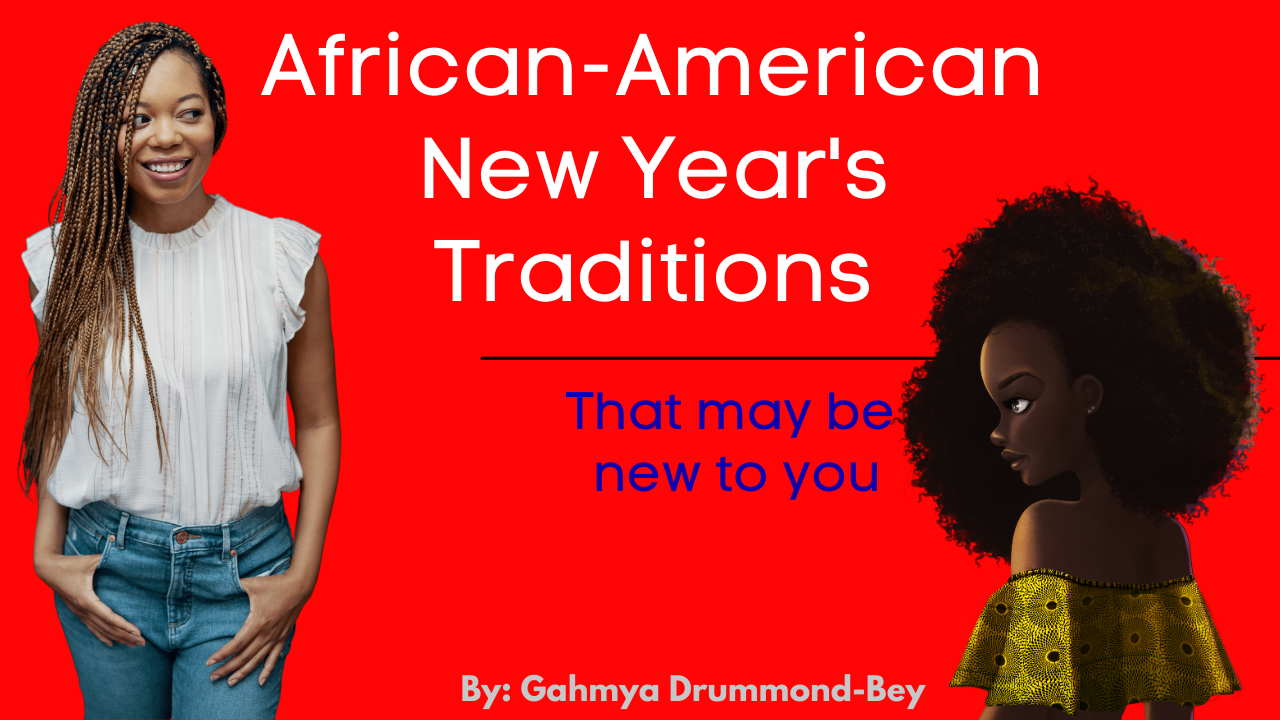 Happy New Year! It's already 2021 in Malaysia!!! I wanted to stop by to share a bit about the magic of African American New Year and New Year's Eve traditions (which are mostly popular in the South).
The Meal is everything!
As a Southern girl, I'm so excited to tell you about some of our food traditions. They are known to be lucky and help us to bring in the year with a good start!
~Keep Reading to Check out some of our lucky dishes. 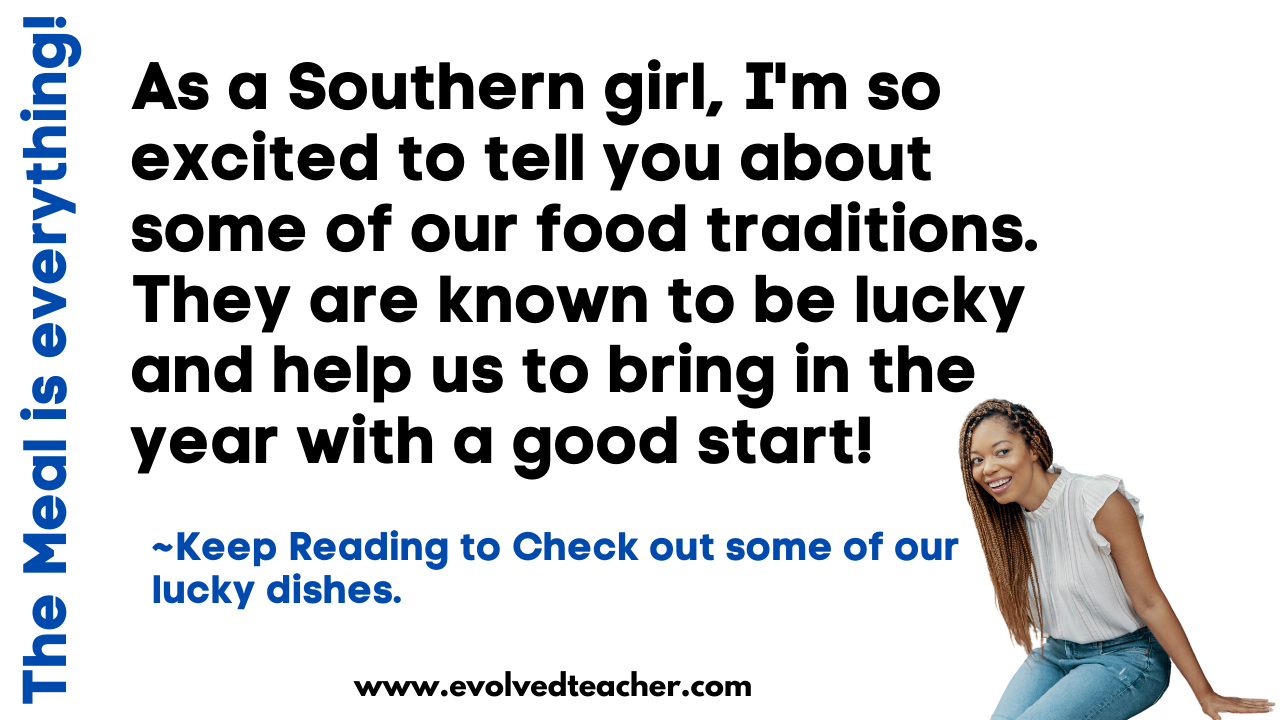 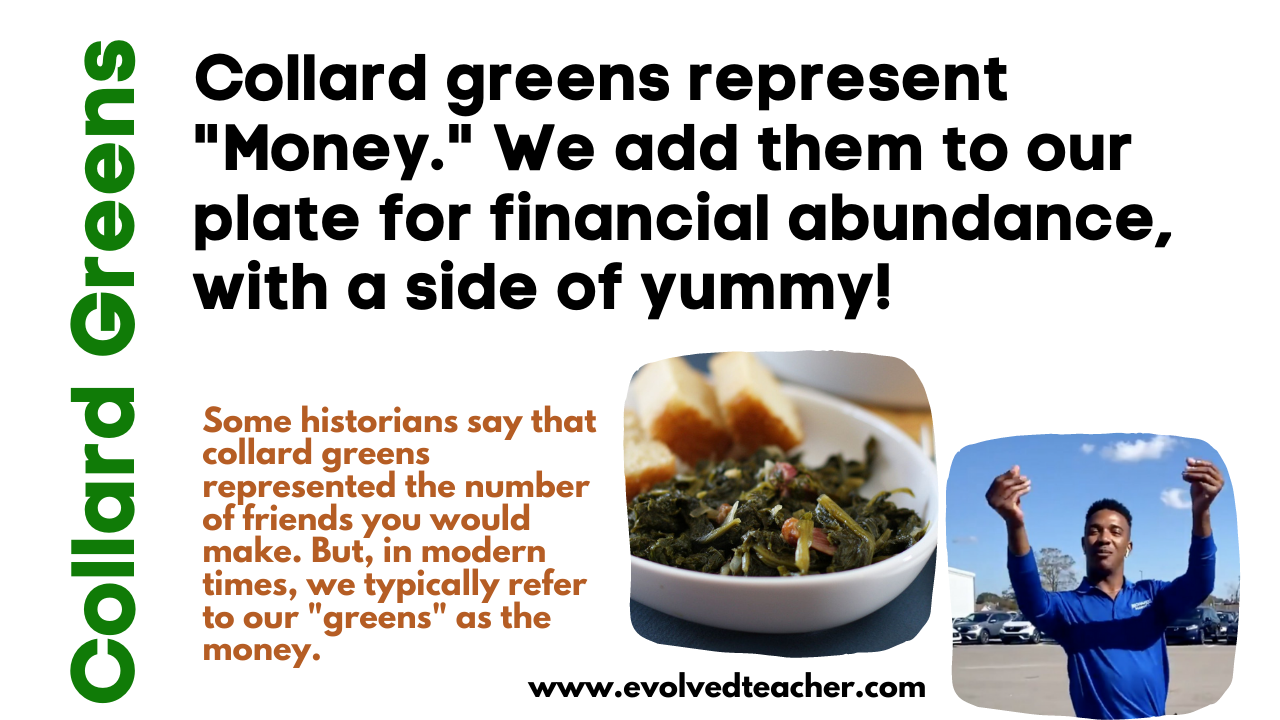 Black-eyed peas represent "good luck." I always made sure that I had a heap on my plate when I was a kid.
Black Eyed peas are also often referred to as "God's Eyes." They do look like little eyes don't they? 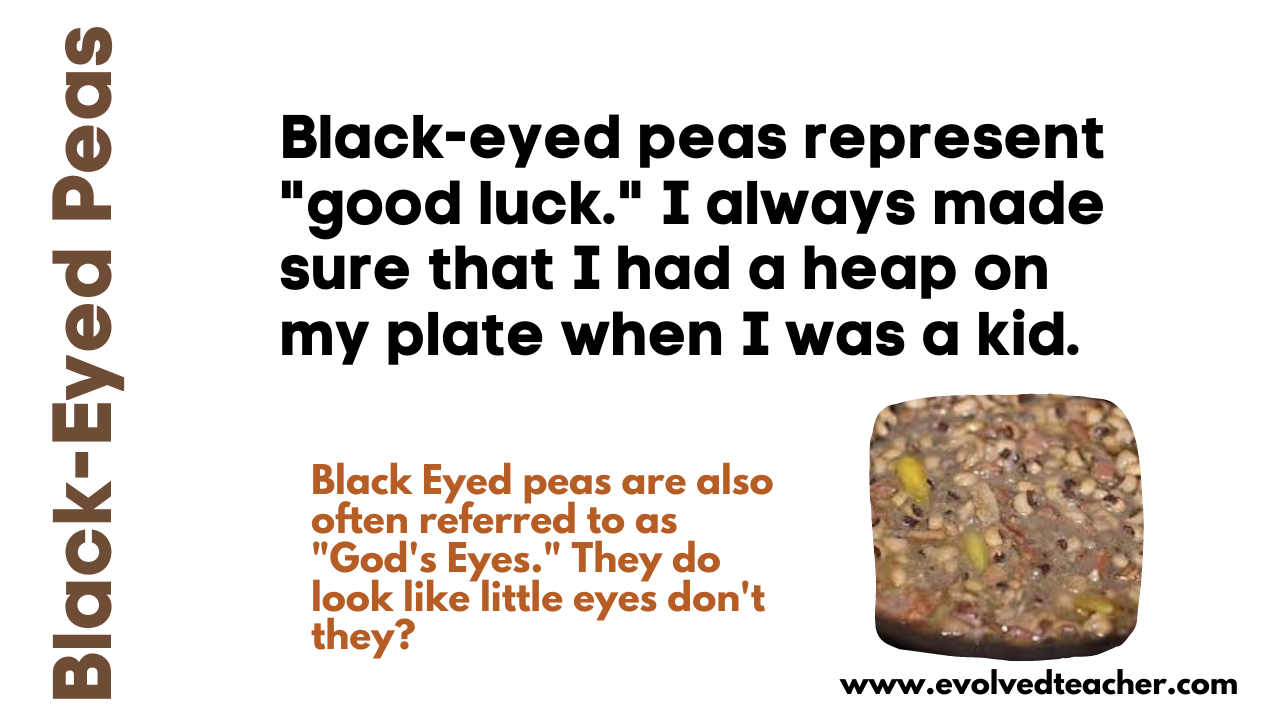 Cornbread is said to represent gold. But the idea is that when you eat it, you will have "spending money" throughout the year!
A Southern Secret: good cornbread is made in a skillet! 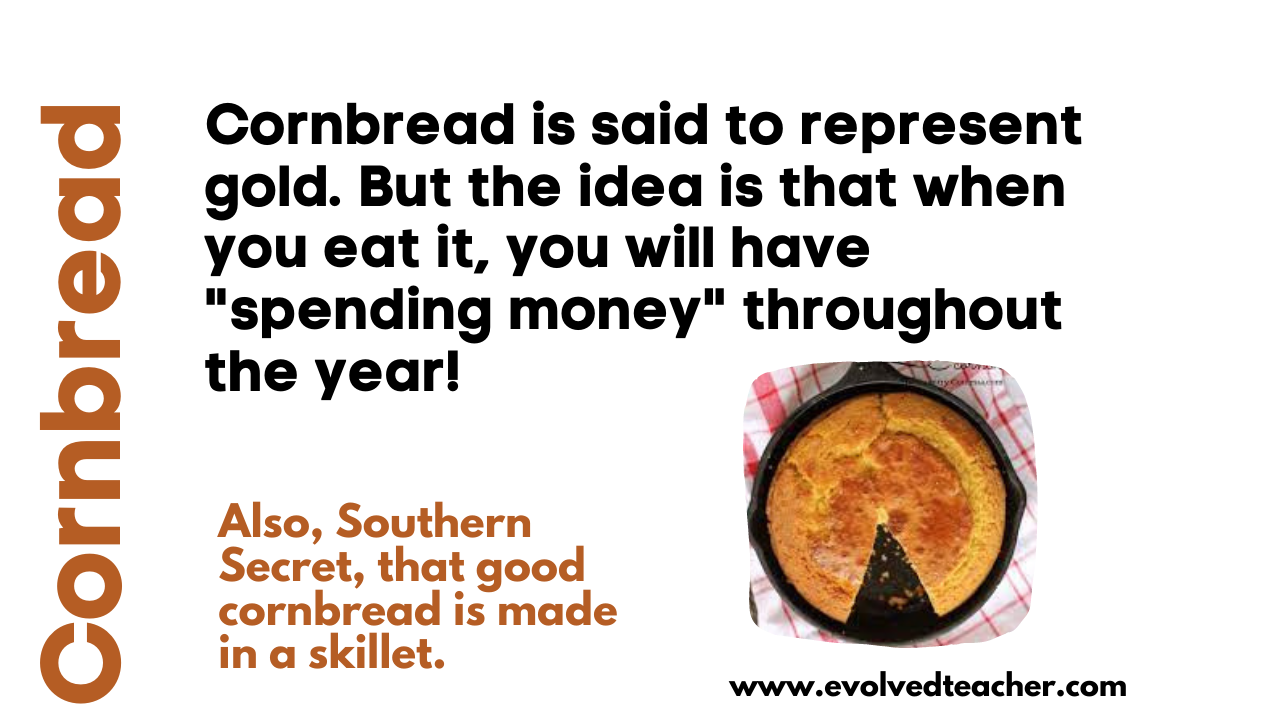 There's more to it than food.

It's more than food. Many of this symbolism began in slavery. They were a fun way of bringing joy and hope.

Although every item in the meal wasn't symbolic, a lot of the focus was on forward movement. For example, animals that moved backward faster than they moved forward (like crab or shrimp) were avoided and animals that move forward quickly were eaten. 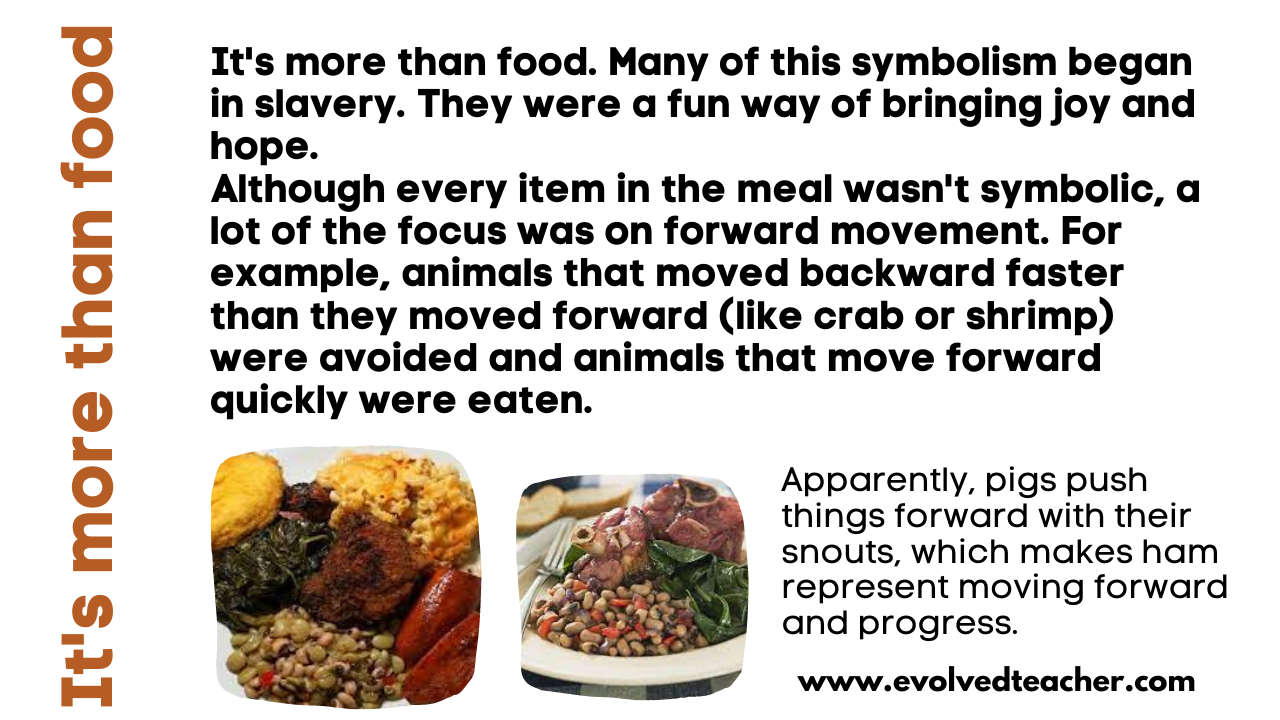 Bring in the New Year with Intention.

There is a common belief that how you bring in the new year will represent the theme for your year.

Some people bring in the New year in Church. (pre covid) Others with family or friends. 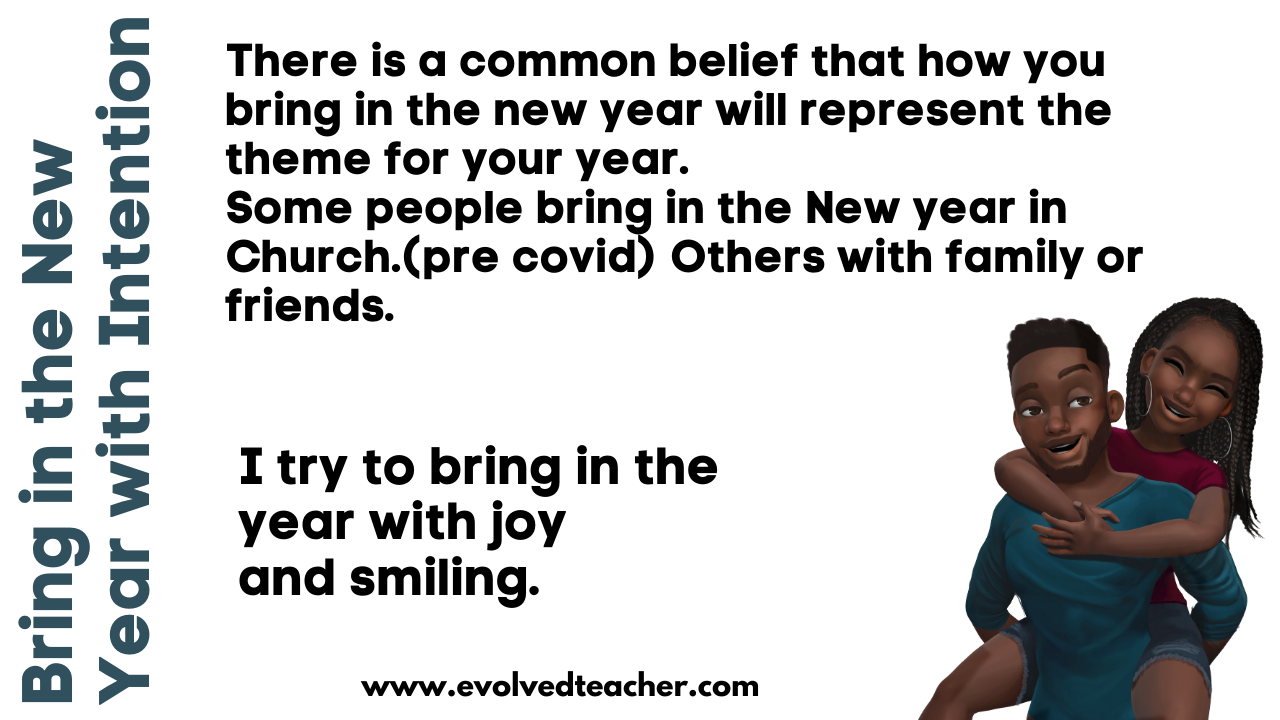 I try to bring in the year with joy and smiling! 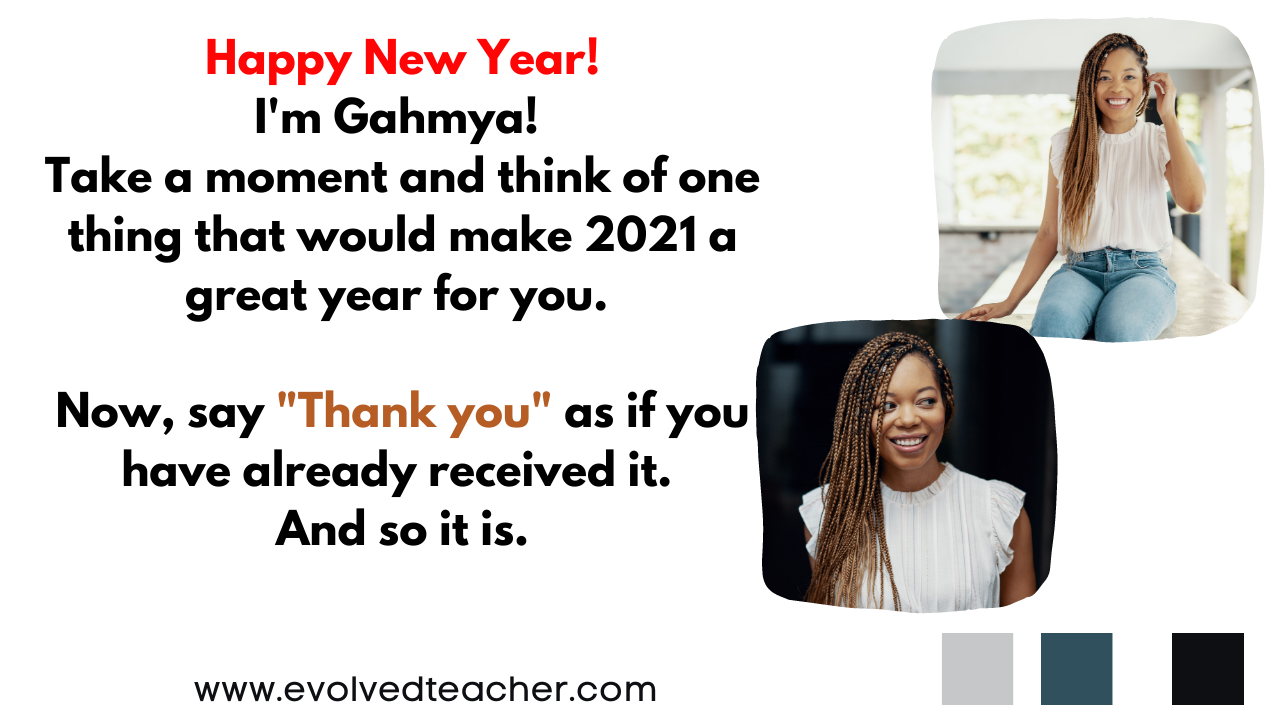