The Racist Roots of the American Police System

anti-racism lessons black history month raising inclusive kids Apr 20, 2021
There is a long history of terror that Black Americans have experienced from police. Police Officers were never meant to serve or protect Black Americans.
Below is a quote from a "Slave Patrol," often called a patroller:
“I [patroller’s name], do swear, that I will as a searcher for guns, swords, and other weapons among the slaves in my district, faithfully, and as privately as I can, discharge the trust reposed in me as the law directs, to the best of my power. So help me, God.”
-Slave Patroller’s Oath, North Carolina, 1828.
We constantly see the differences between the ways White Americans and nonWhite Americans, specifically Black Americans, are treated by police officers.
It's time to make a change.

Some of the earliest American Police Officers were called 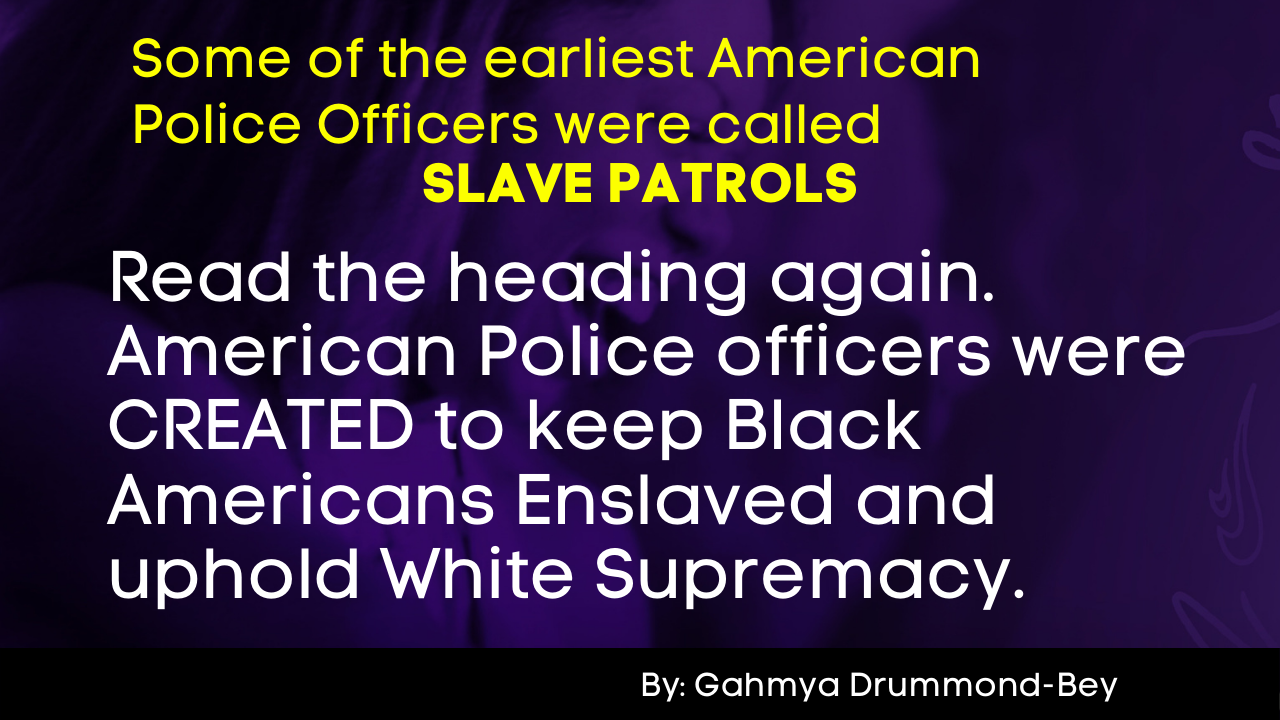 "SLAVE PATROLS" were initially formed in Southern States in the early 1700s. "Slave Patrols" were white men who were often used to discipline and catch enslaved people.

These "police" were also often men who'd served in the military. 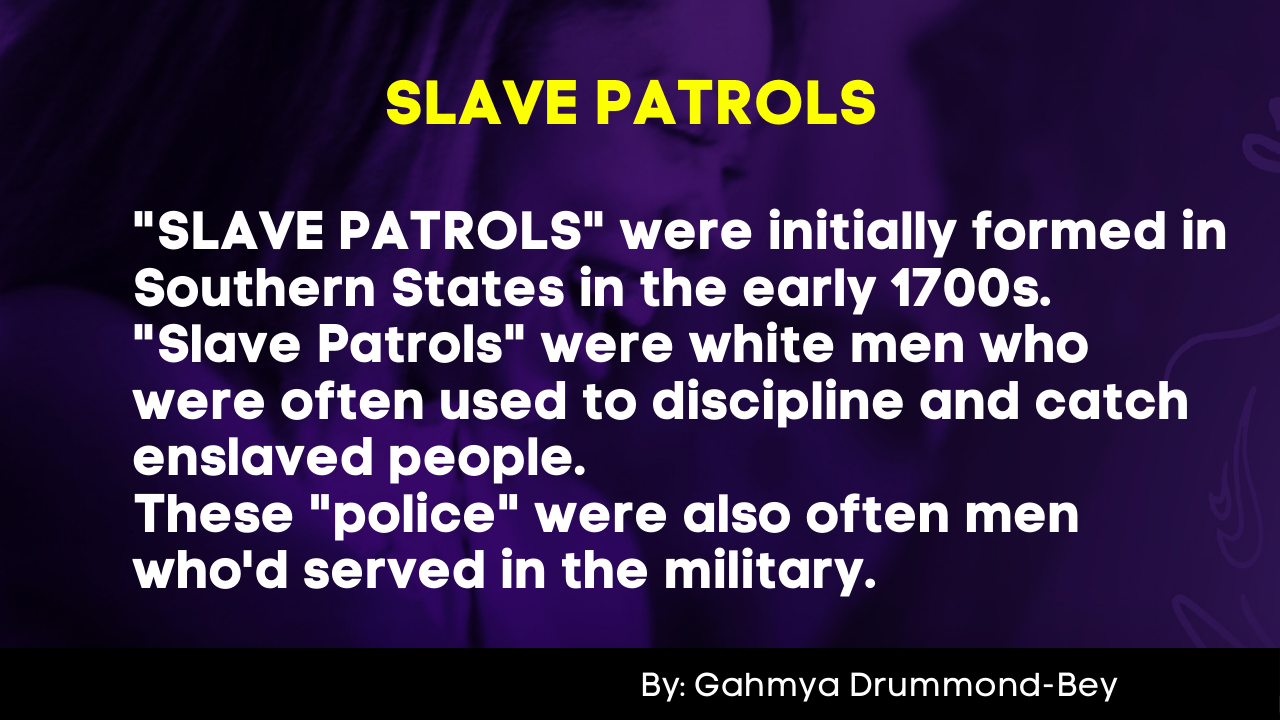 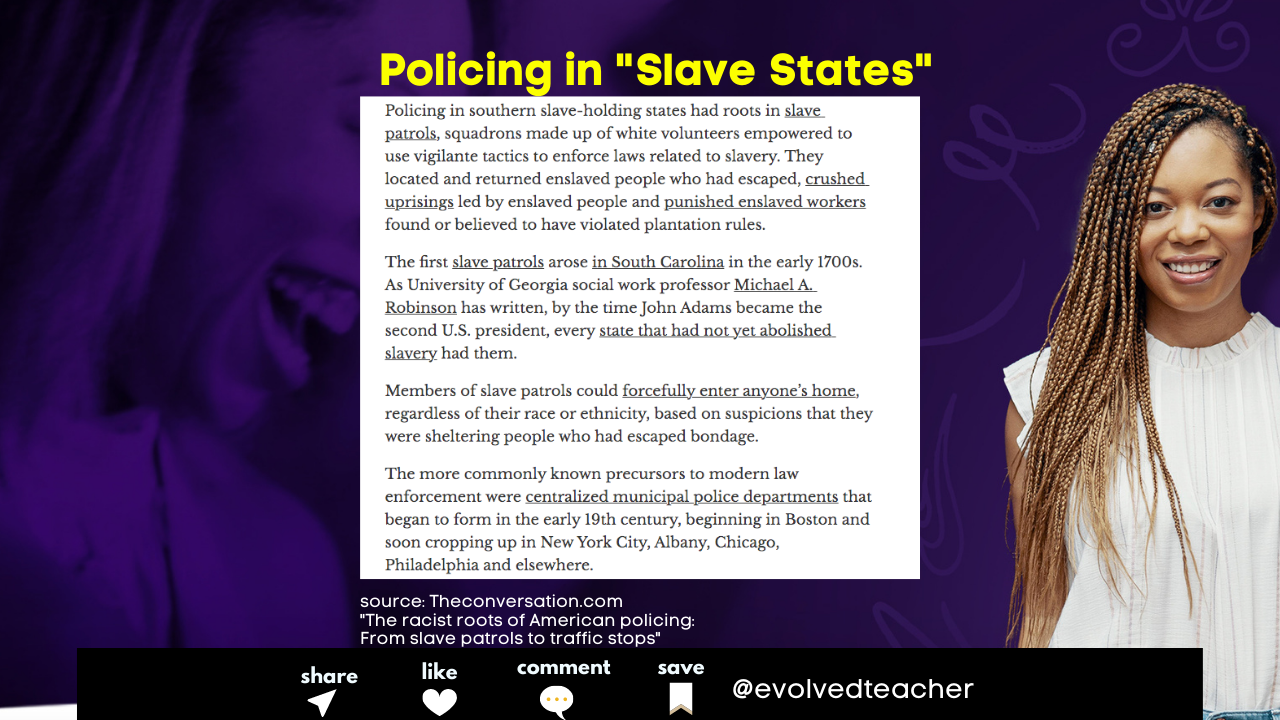 Free Black Americans were now being detained as "criminals" in order to use them as free labor. Slavery was no longer legal, but if Black people were labeled as "Criminals," they were indebted to former slave owners.

Lynching was common and lynch mobs were not punished by the police. 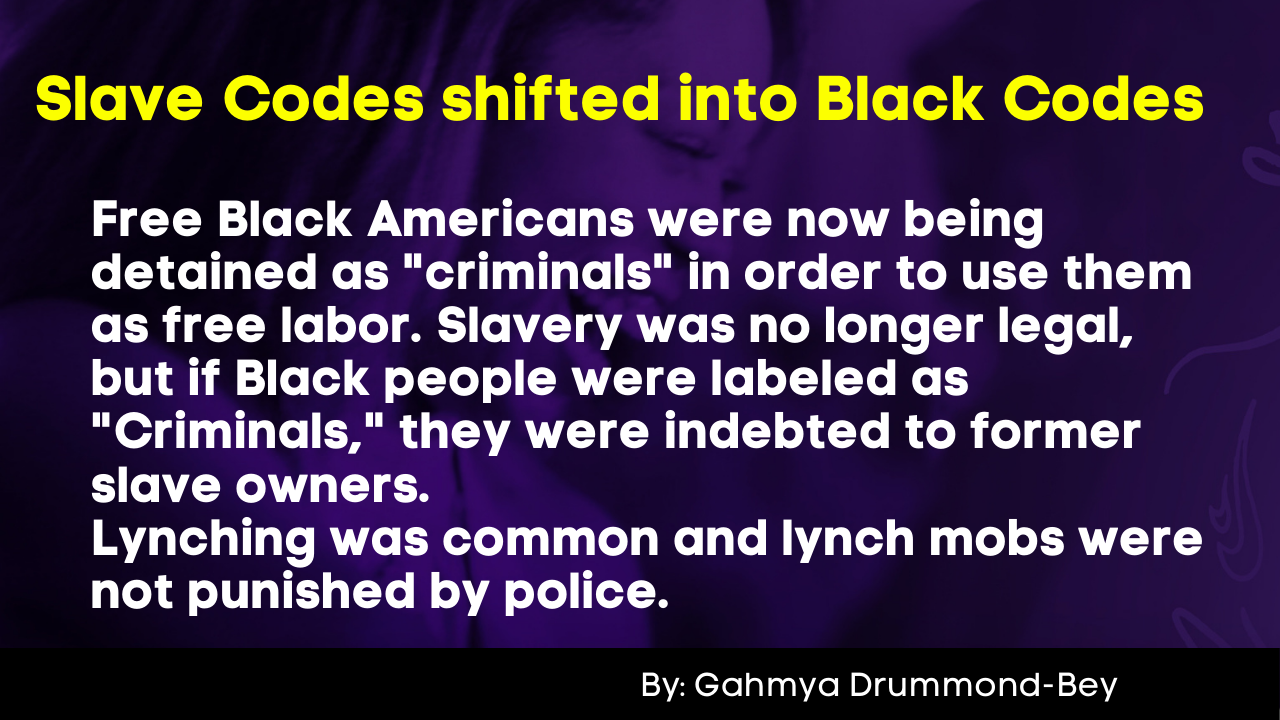 During the Jim Crow Era, the police officer's main job was to uphold white supremacy in the South and to keep Black people out of White Spaces. 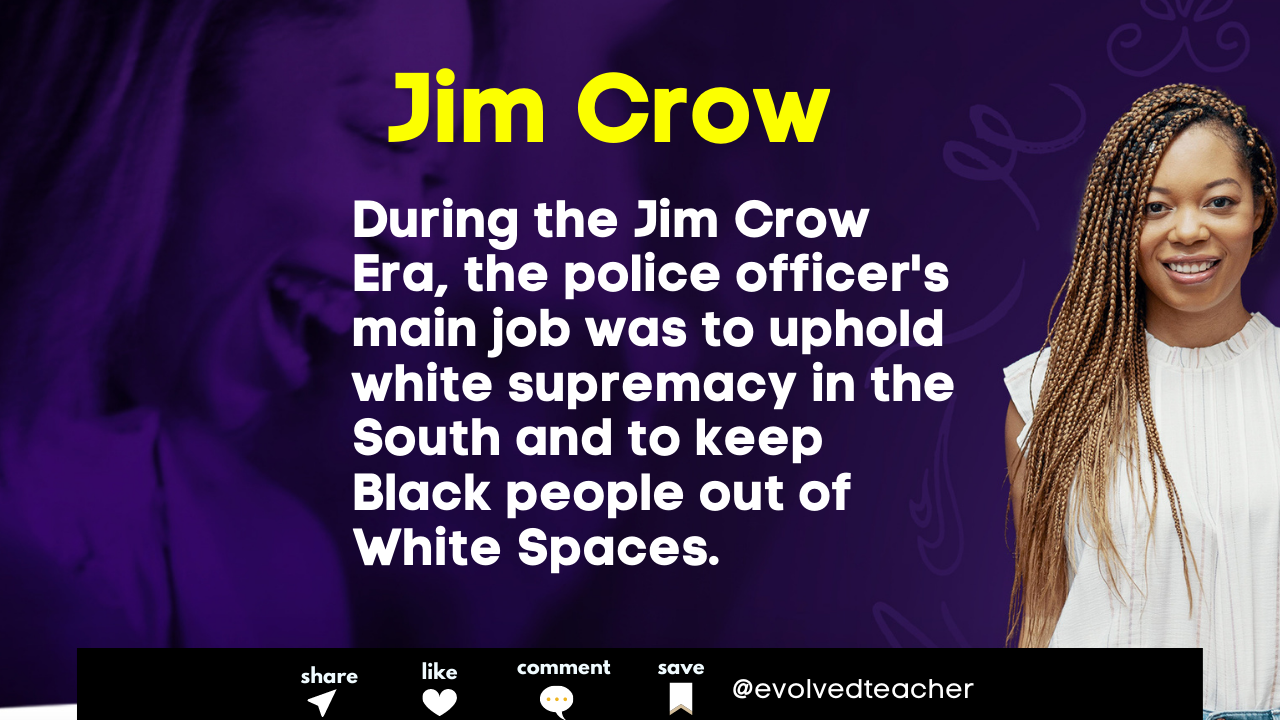 Pay attention. The system of policing has never been fair or just. Even if there are "good cops," those cops are working within a system that has deeply racist and harmful roots. Calling out the system and dismantling it, can help us to prepare to serve and protect a united, just, and equal society. 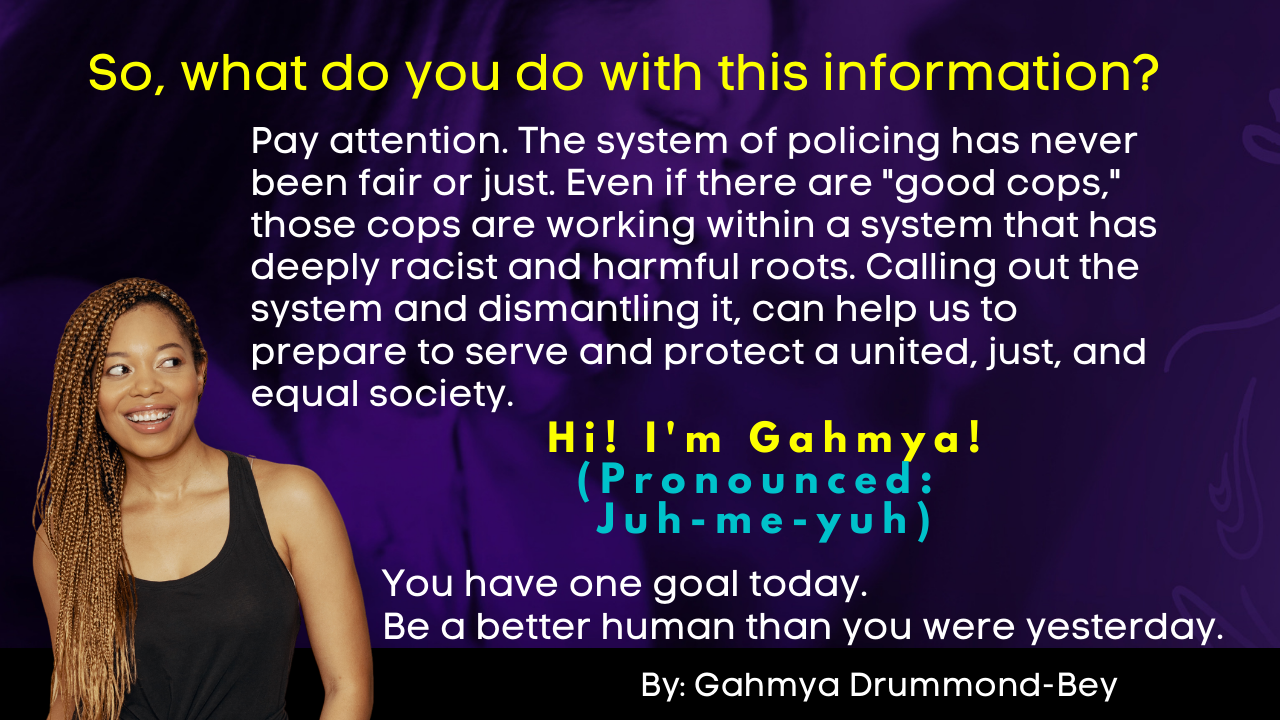 You have one goal today.

Be a better human than you were yesterday.