What are Sundown Towns?

*** As a Black Woman (an even child and teen), I have always known that there are certain places that are not safe for me. Certain gas stations I'd better not stop at. Certain neighborhoods I should avoid. Certain spaces that may appear welcoming, but always whispered "This is not for you, girl."

Sundown towns They are everywhere.

And, as a Black American who has just returned to America three days ago, I must admit that I did extensive research when returning. We don't often hear this side of things, because as Black people we just know. We know that when we travel abroad, it's important to know the countries that accept us, those that simply tolerate us, or those that blatantly reject us.

No one prepared me for the 64 times (in one day) I would be called N*%%! in Turkmenistan when I moved there as a volunteer and even today, I cannot hear the word in songs, films, and NONE of my friends say it around me. 64times. 64.

Let's talk about Sundown Towns... because to be honest, with the amount of us being killed by police...everywhere is starting to feel like one.

Map of US Sundown Towns: 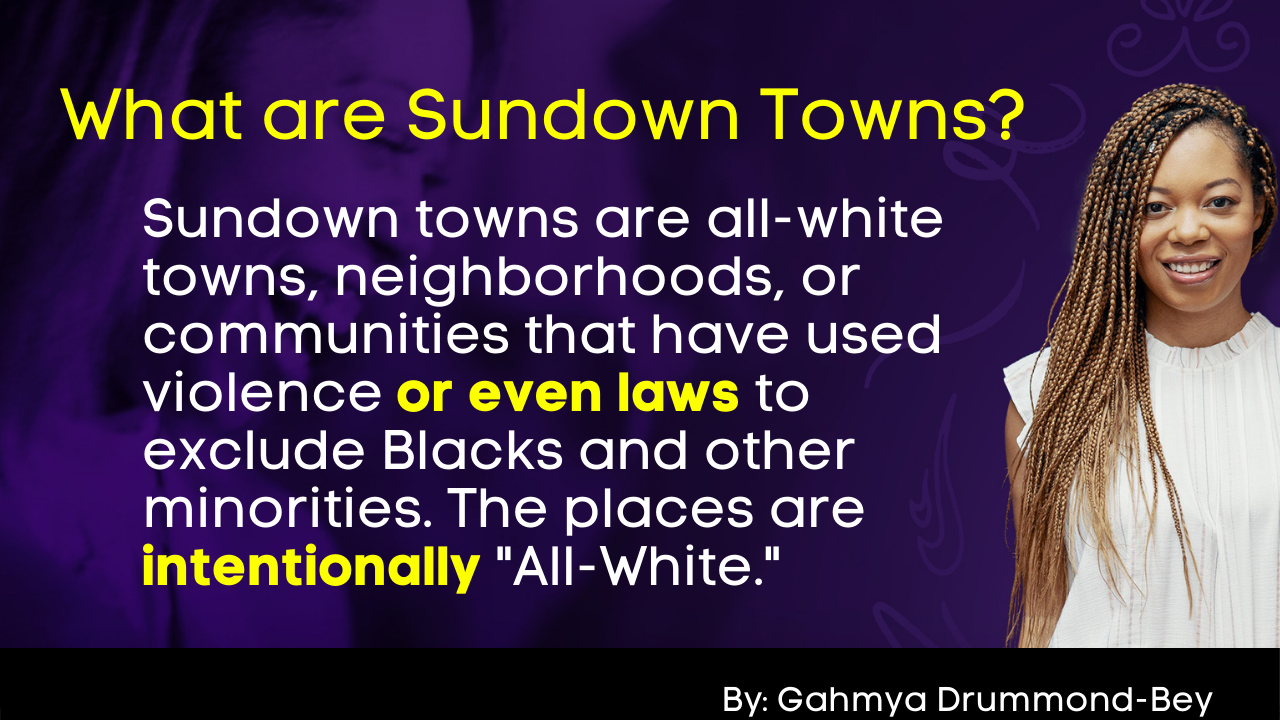 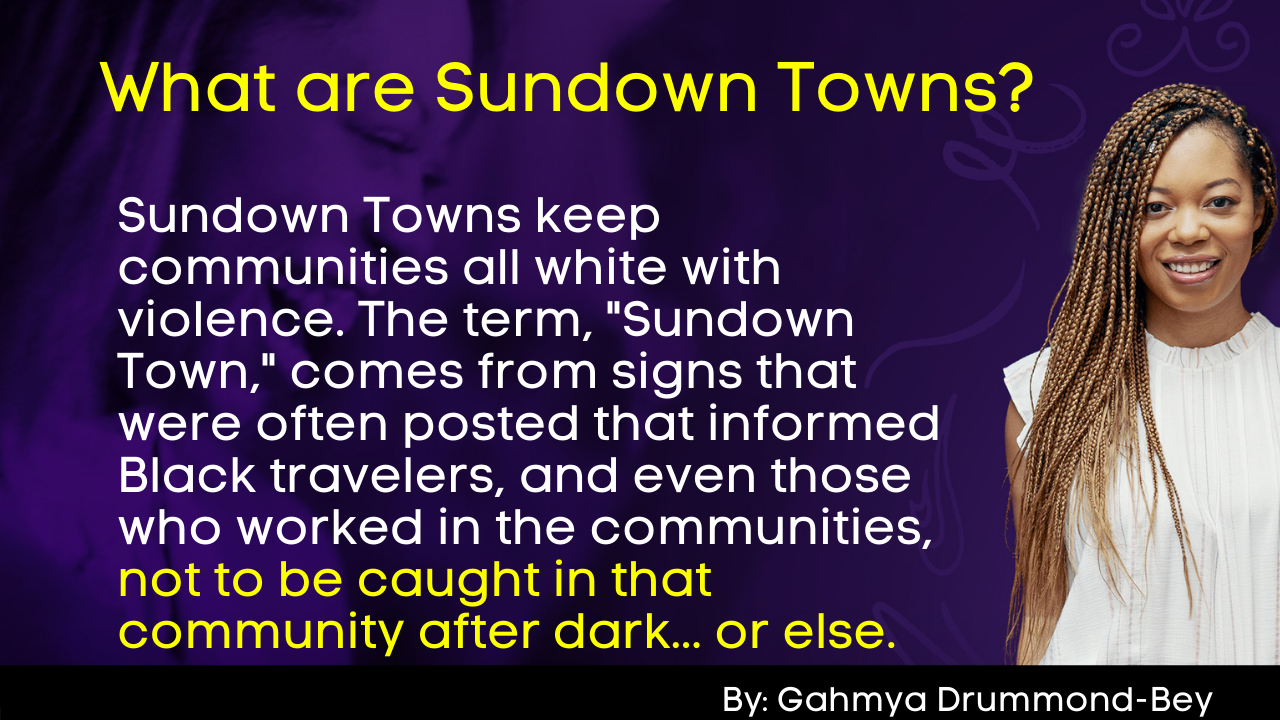 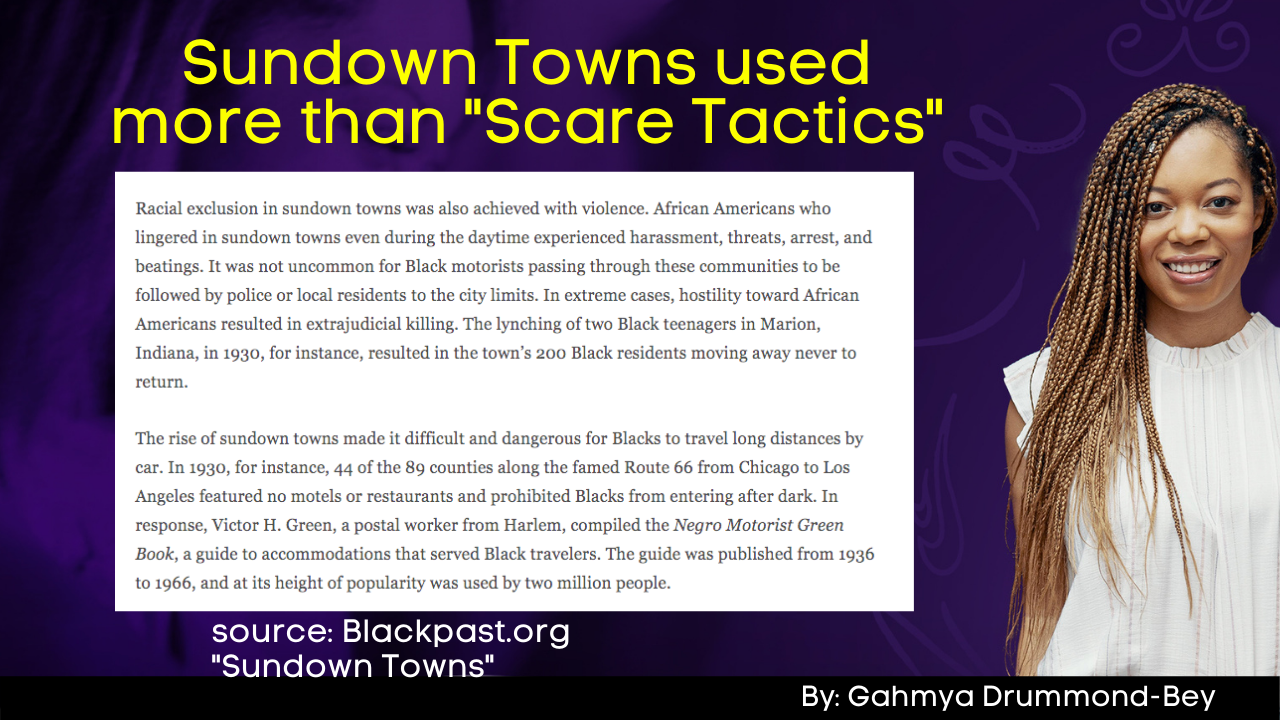 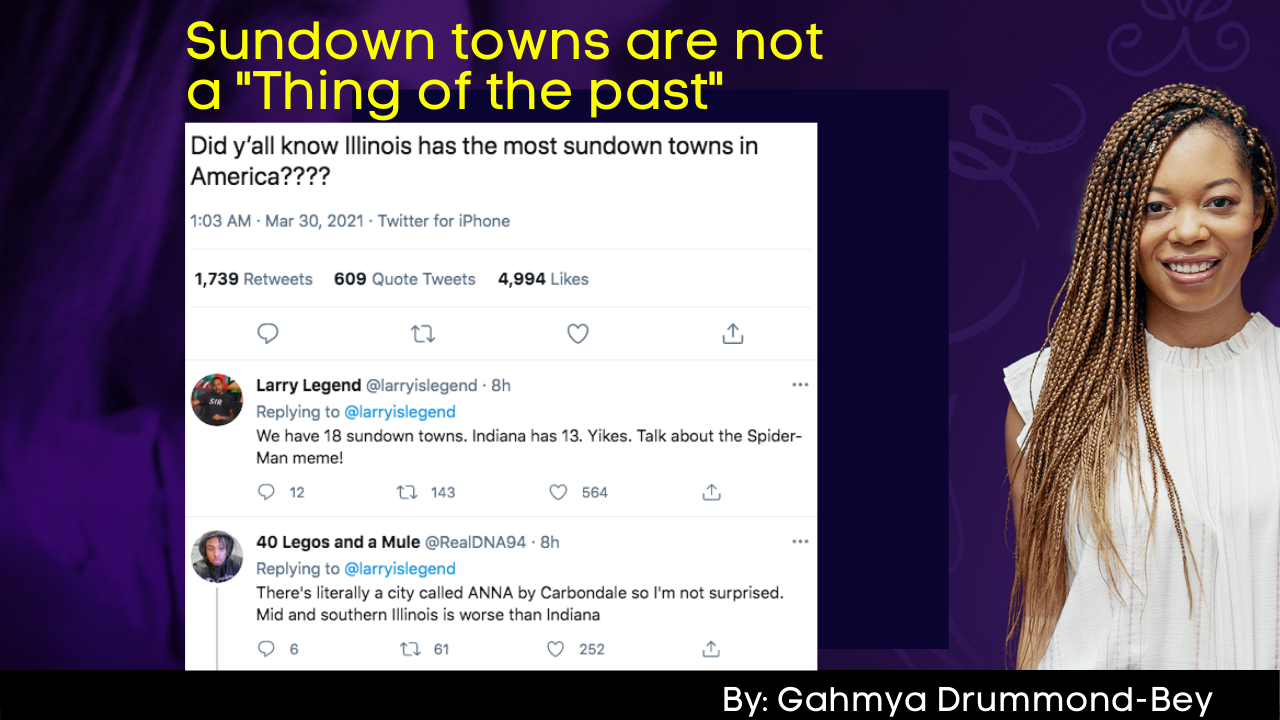 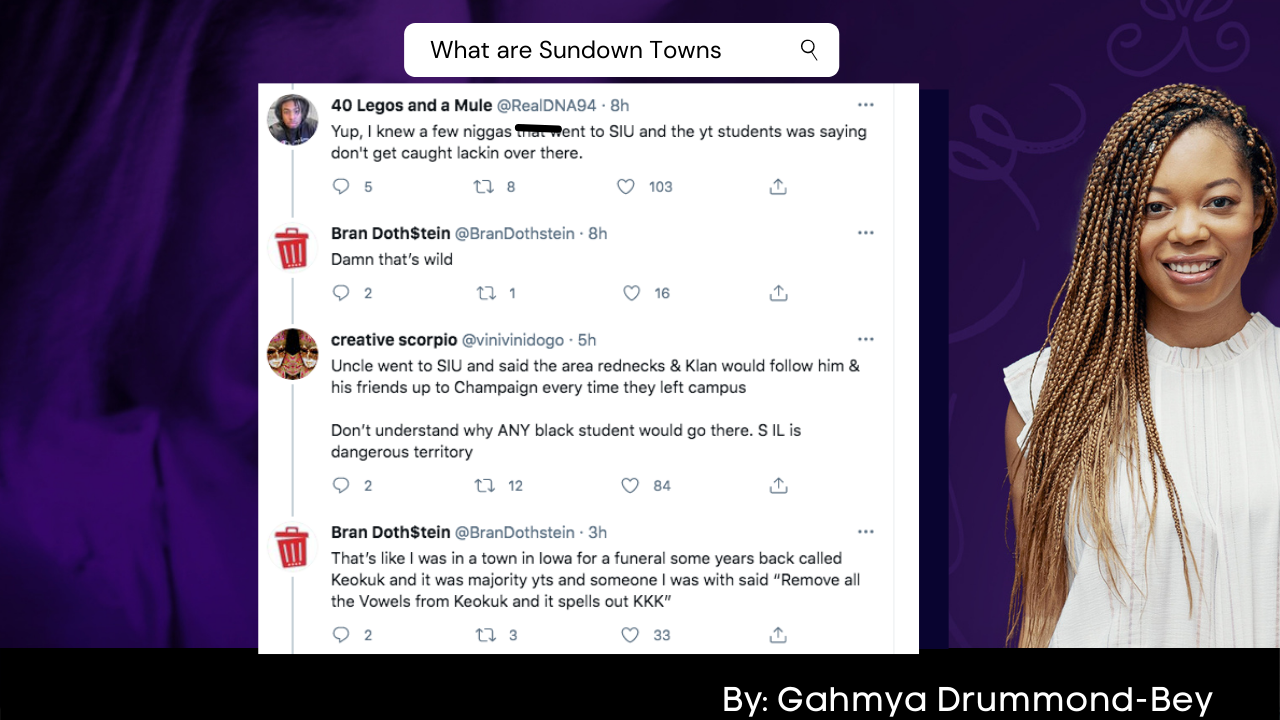 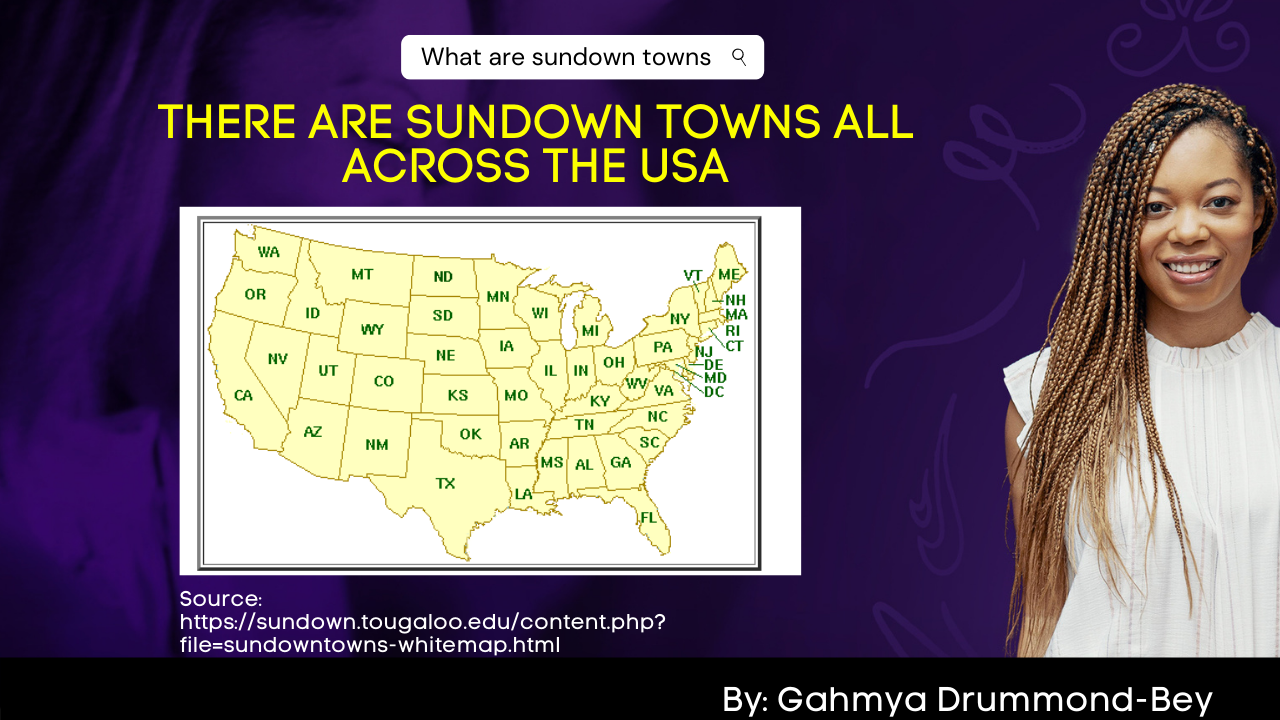 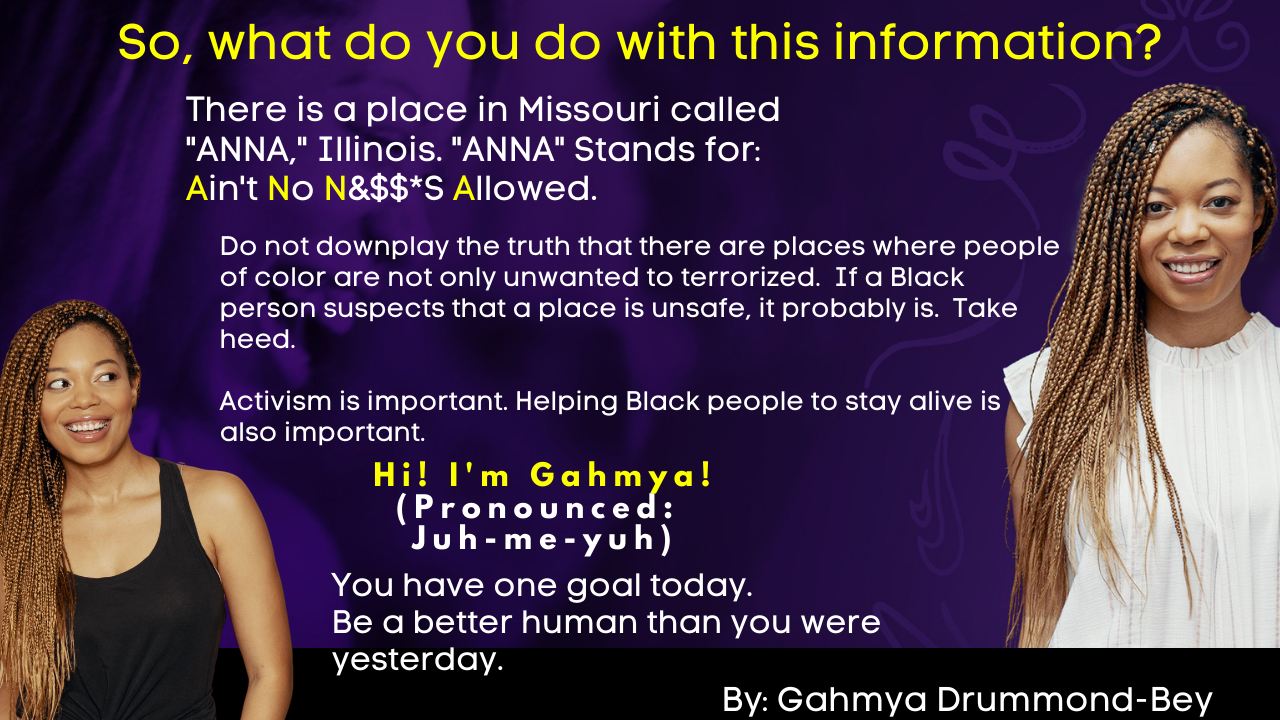