Why do so many Black Americans Have a Fear of Dogs? 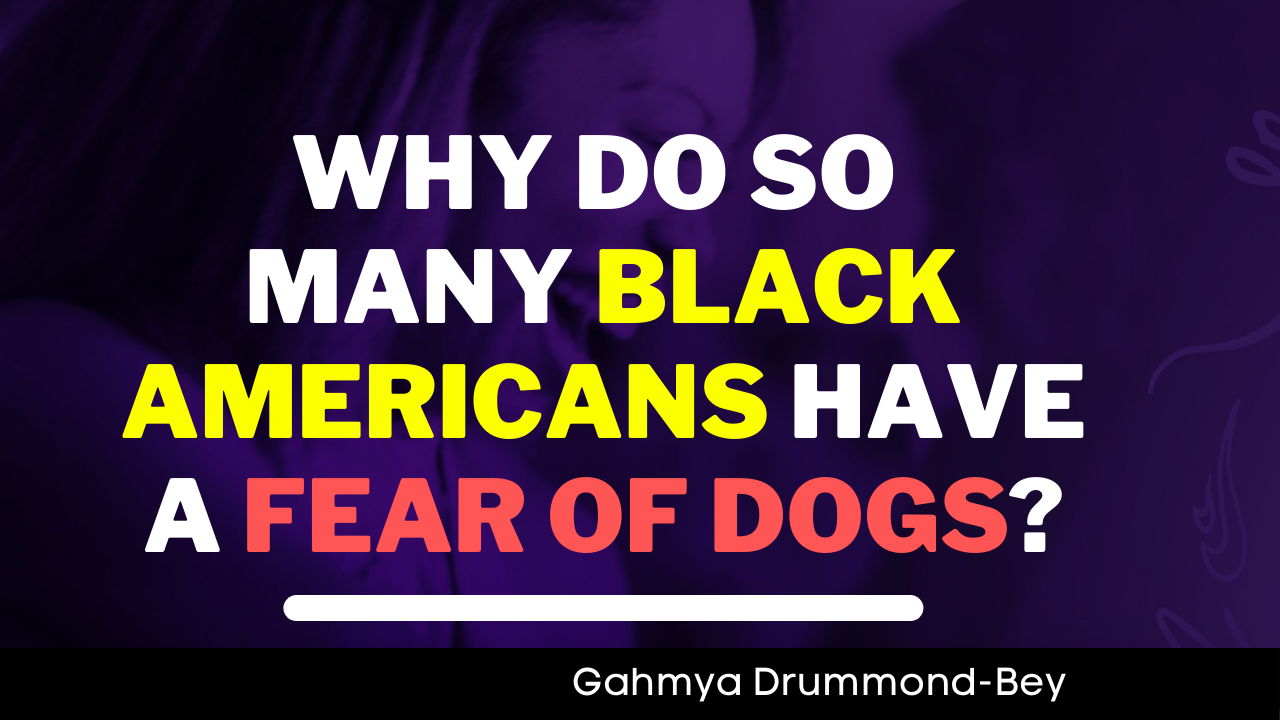 Trauma affects us in ways we don't even realize.
So many adults in my family are afraid of dogs. Like- deathly afraid. Only a few of my family members have dogs as pets. This is actually common. And there are many Black Americans who are comfortable with Certain dogs...but "not just any dog."
There is a reason for this. There's a reason why "Man's best friend" has historically actually been "White Man's Best Friend" and a source of torture and Terror for Blacks.
I'll never forget the time I was chased by a dog. It chased me around a tree. I ran out of my shoes. The people around me laughed, but the terror I felt was unmatched. The dog owner kept yelling... "He won't really hurt you." But, I was hurt. The damage had been done.
Let's heal a bit today... 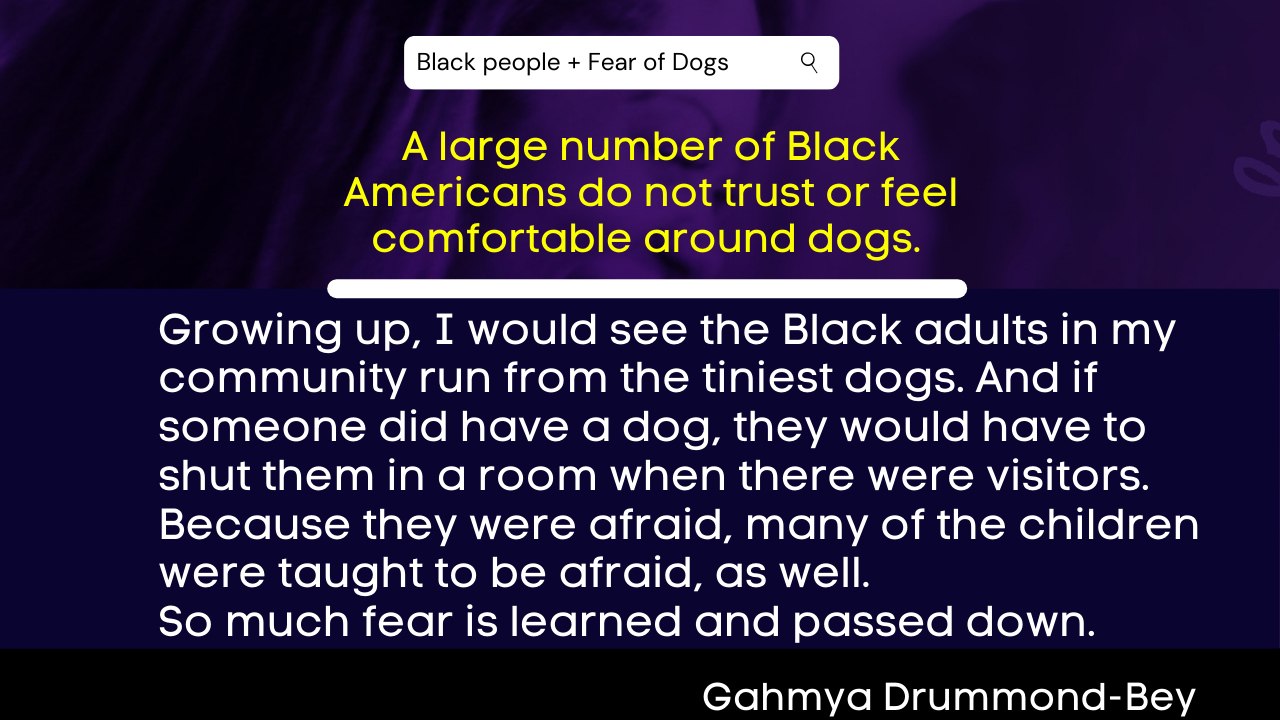 Growing up, I would see the Black adults in my community run from the tiniest dogs. And if someone did have a dog, they would have to shut them in a room when there were visitors.

Because they were afraid, many of the children were taught to be afraid, as well.

So much fear is learned and passed down. 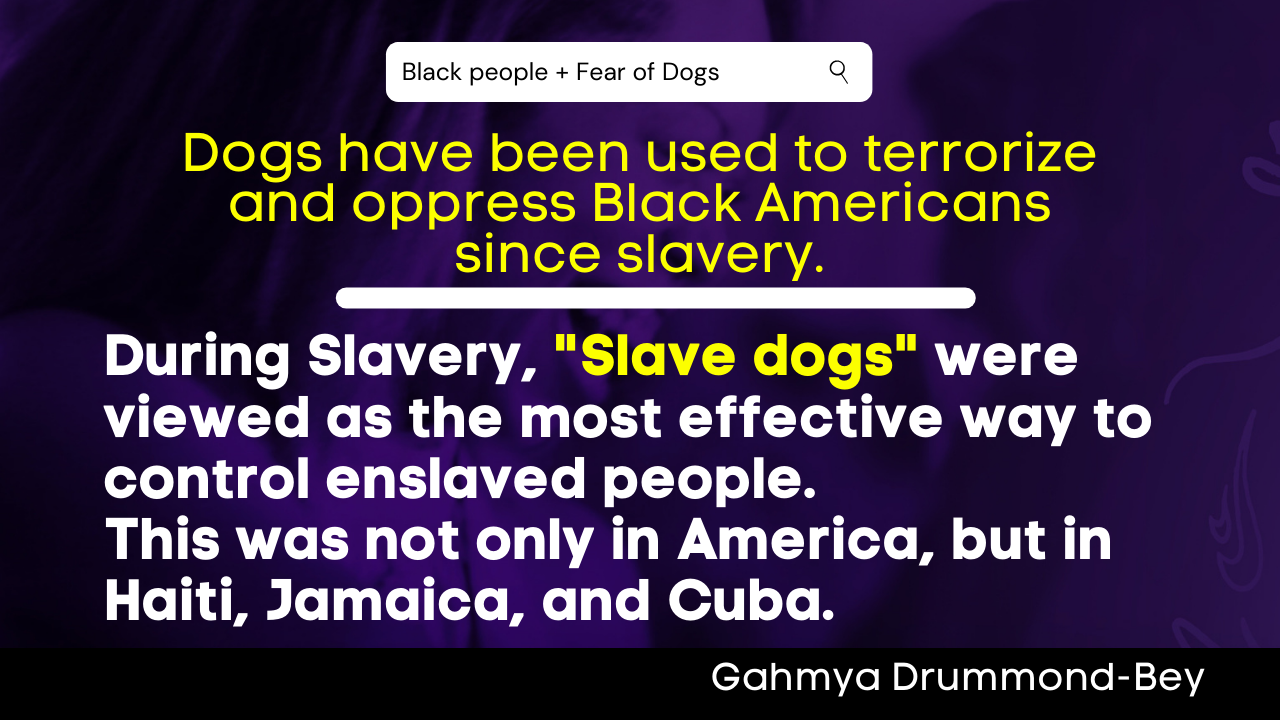 During Slavery, "Slave dogs" were viewed as the most effective way to control enslaved people.

This was not only in America, but in Haiti, Jamaica, and Cuba. 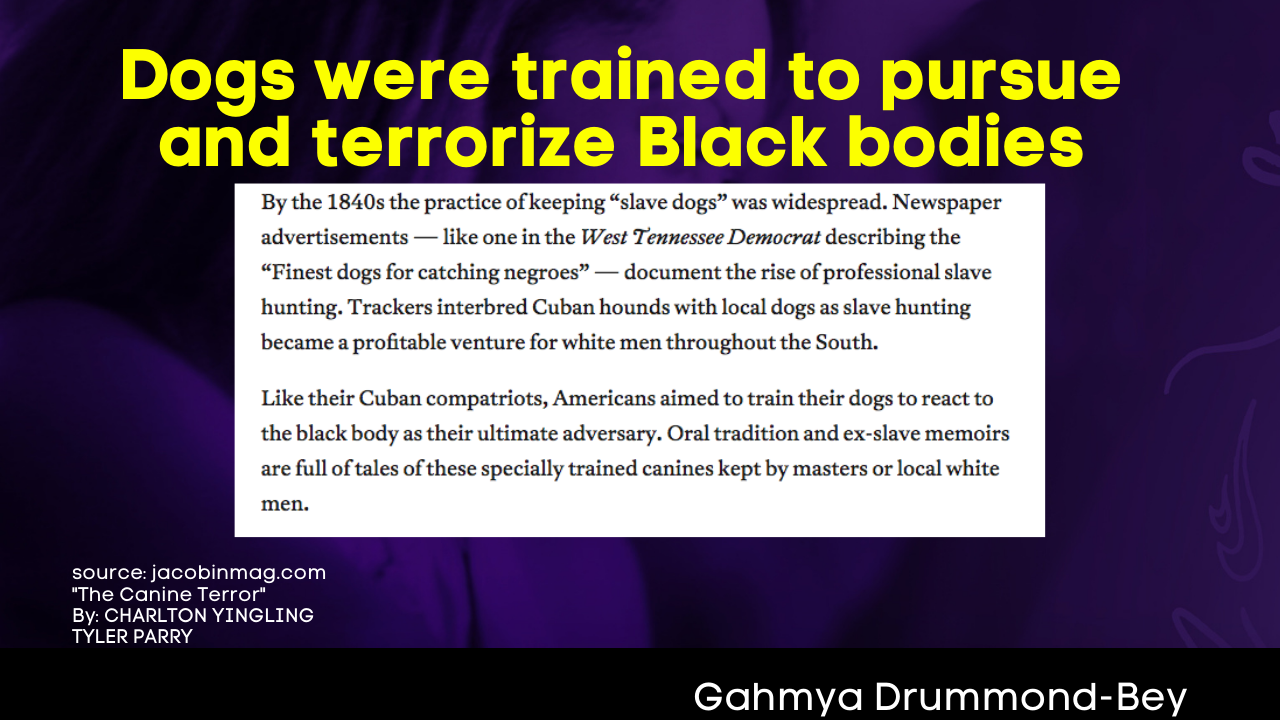 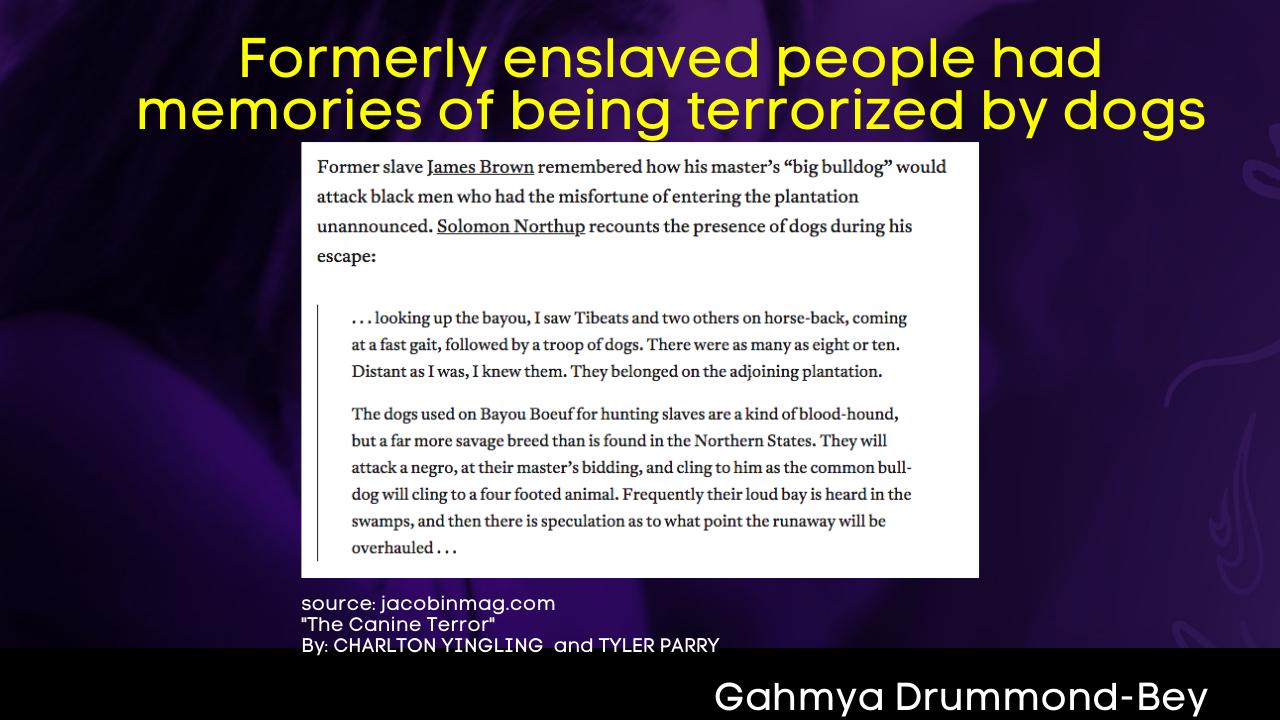 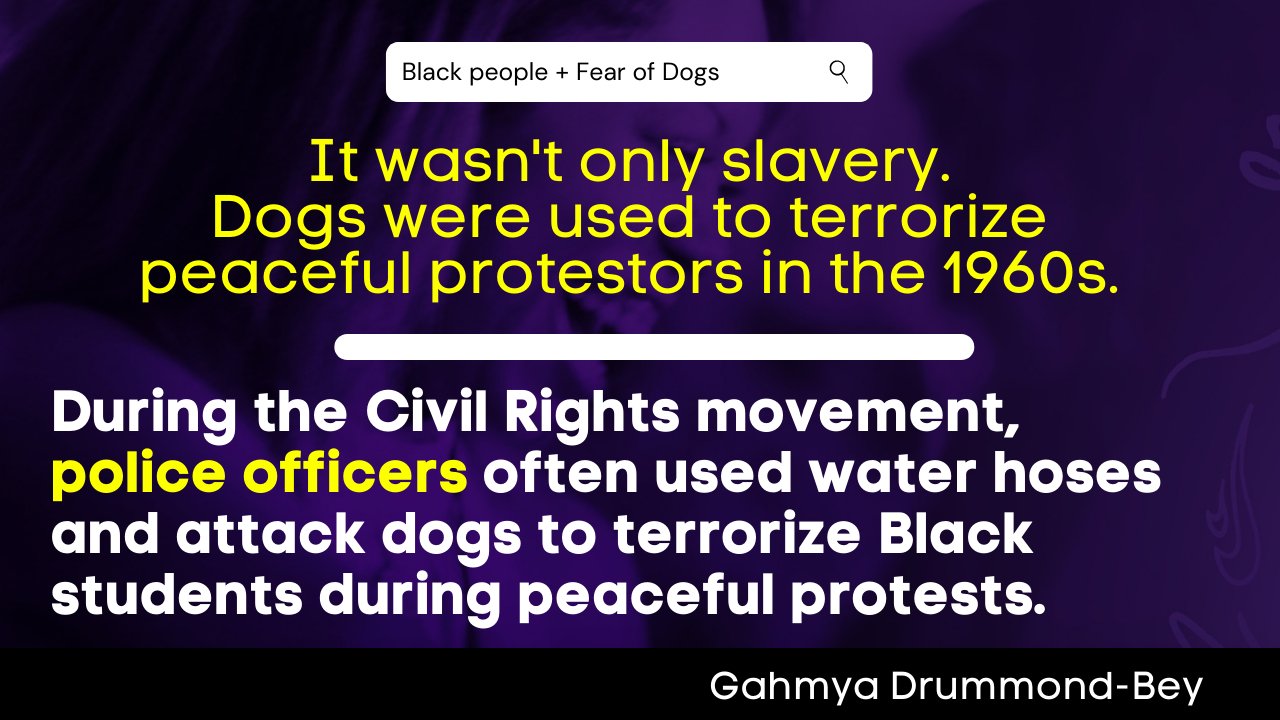 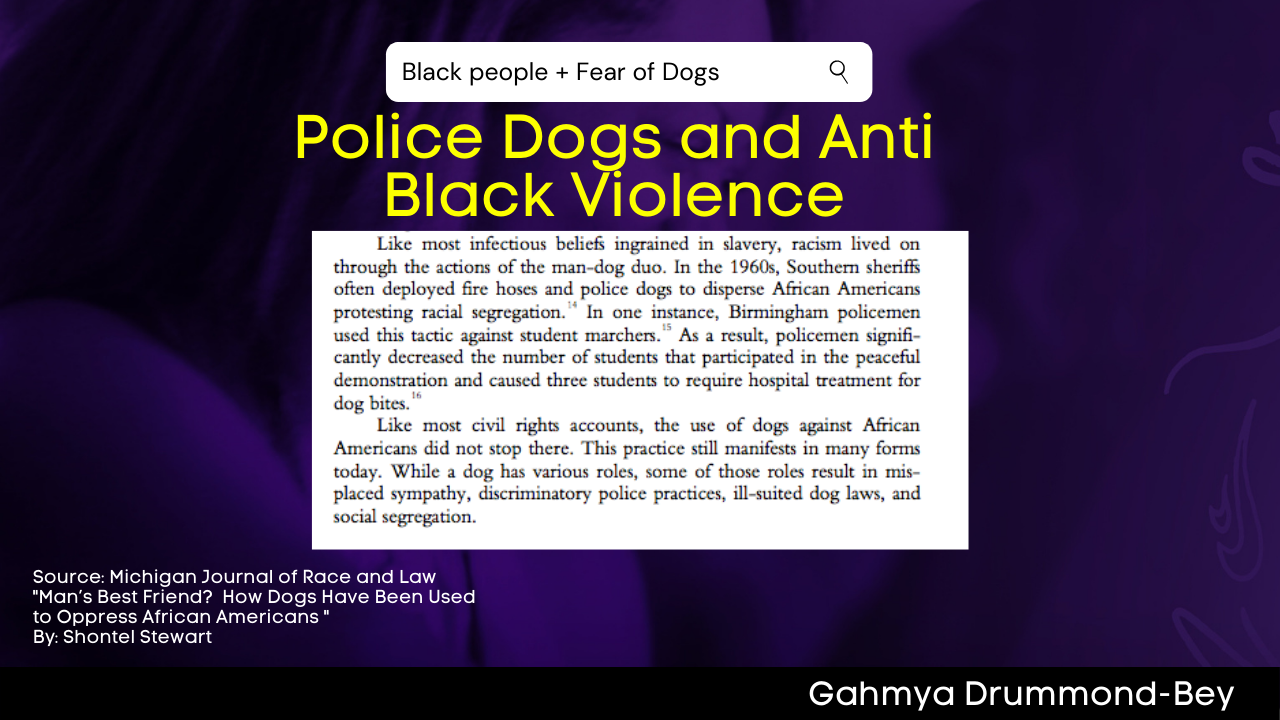 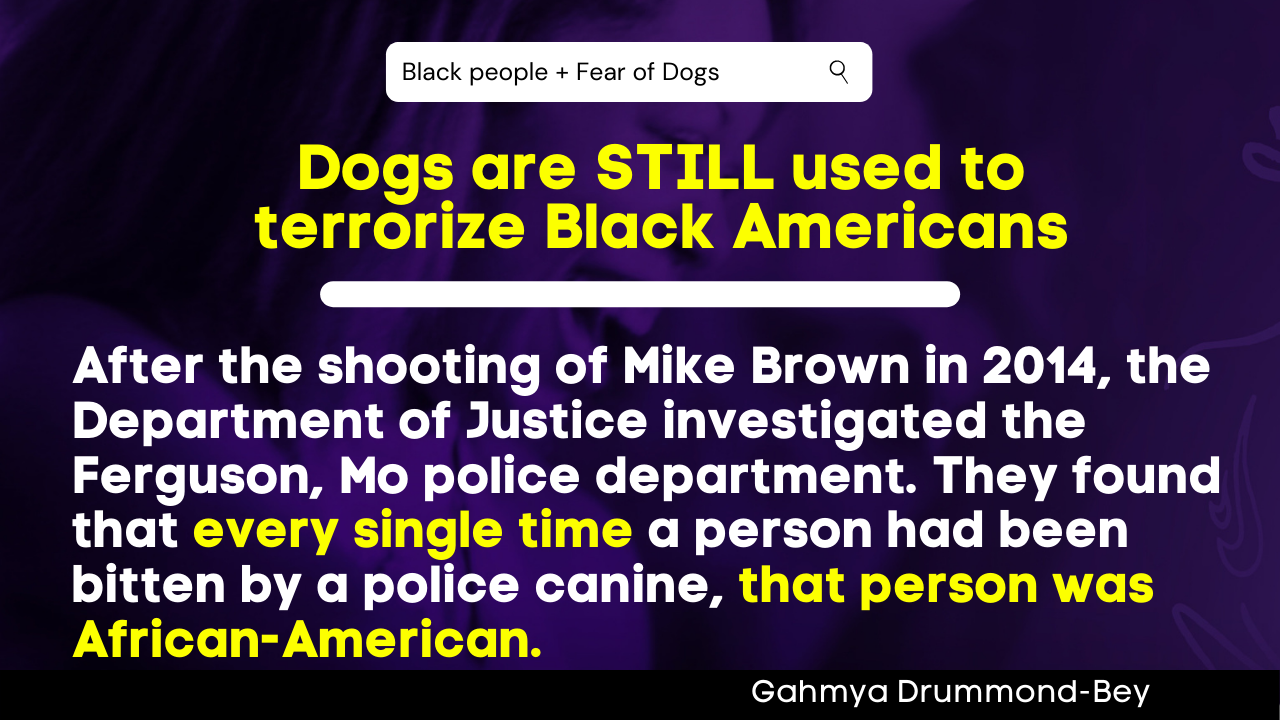 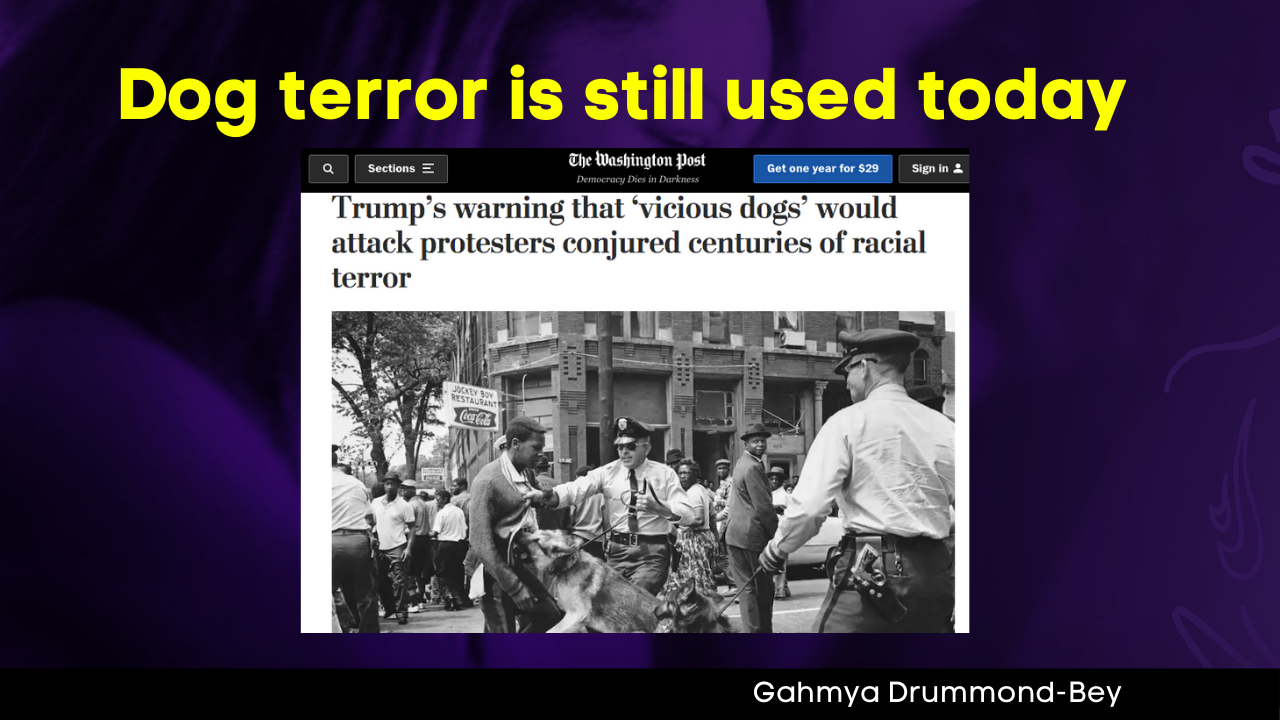 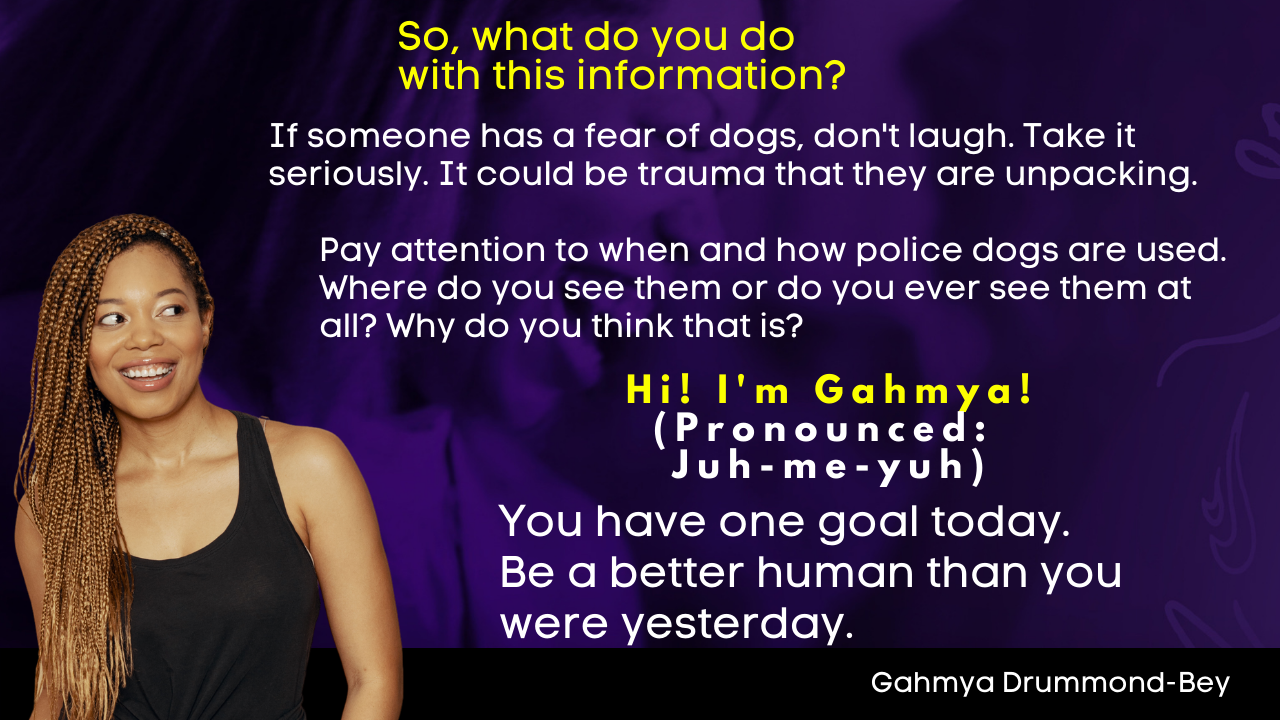